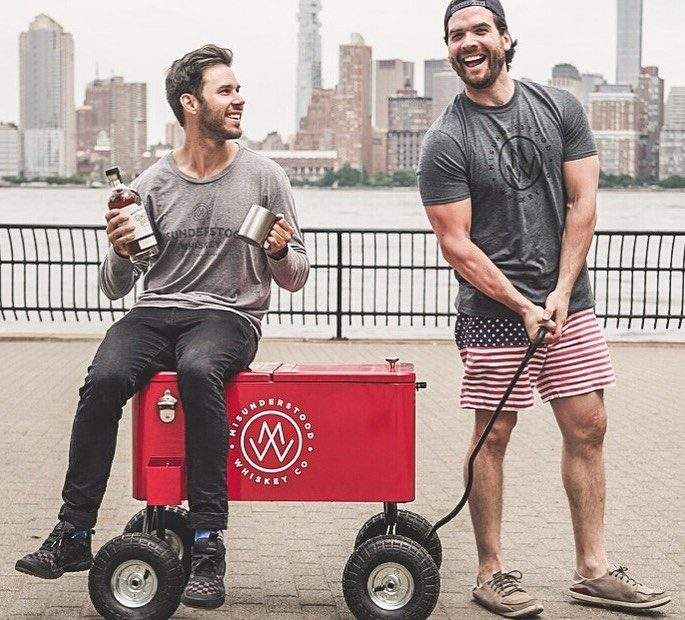 Best friends Chris Buglisi and JD Recobs grew up together in New Jersey. They later shared a passion for whiskey, creating their own mixes, blends, and cocktails in their respective kitchens, often with unorthodox ingredients like tomatoes and avocados. Five years later, they hit upon the magic ingredient their whiskey was missing: ginger. A proprietary combination that included notes of vanilla, caramel and toffee ensued and became the talk of the neighborhood.  Before they knew it, a new business idea was born! They named it “Legend One,” a Ginger Spiced Whiskey, and it can be served straight, on the rocks, or in your favorite whiskey-friendly cocktail.

Admittedly, their journey began with zero knowledge of the business. “As kids, we were always trying to make some money on the side. We started our first business, a lemonade stand when we were 7,” recalls JD.  But, before going solo with their new idea, the two friends cut their teeth with start-up businesses in different industries and threw themselves into copious amounts of research. When they were ready to try their hand at starting this company, the duo wore all the hats: owners, salespeople, distributors, marketers, and more.

Offering a fresh and light-hearted take on what is often viewed as a stodgy and forbidding beverage, the brand created a new niche as a friendly, welcoming, and versatile whiskey.  The name “Legend One” is somewhat tongue-in-cheek, referencing their belief that whiskey is a grossly miscategorized beverage. As their brand gains notoriety, the hands-on business partners and roommates continue to take things to the next level by exploring the boundaries of whiskey with new flavor combinations, and infusions…even adding whiskey-infused donuts to their to-do list!

No doubt these young Spiritpreneurs are on to something as they slowly take the whiskey world by storm. Visit their website for more info at https://misunderstoodwhiskey.com/