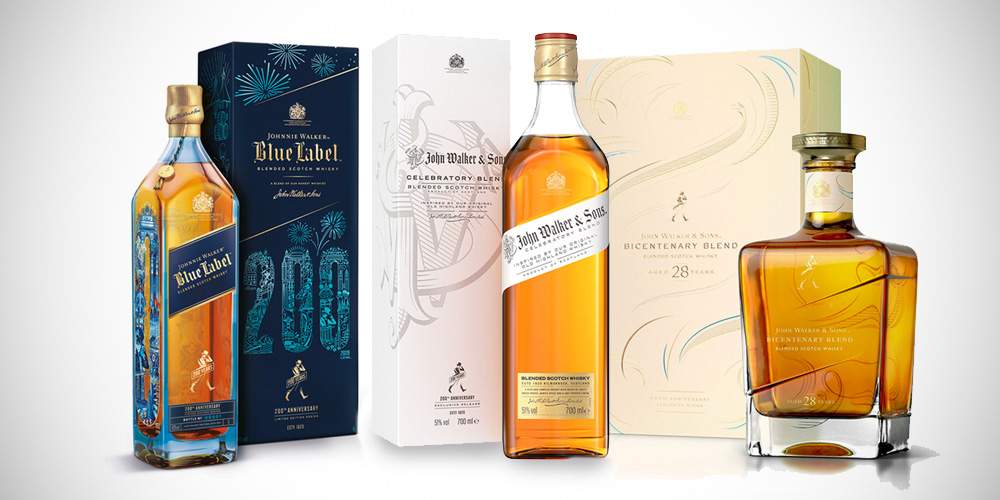 The wait is almost over! Johnnie Walker, the world’s No. 1 Scotch Whisky, is releasing four new brands of whisky this Fall. The highly anticipated release will celebrate the 200-year-old legacy of the beloved brand that a Scottish grocer, John Walker, invented centuries ago. The brand itself has delighted over 180 countries since its founding and these new whiskies strive to uphold the centuries-long legacy of good quality whisky set forth by its namesake. Three out of the four newly crafted whiskies will hit shelves in the United States.

According to the Johnnie Walker website, the Johnnie Walker Blue Label Eight is “a smooth, mellow Scotch crafted using some of the very rarest whiskies in the unparalleled Johnnie Walker reserves. Each whisky is hand-selected from only eight legendary distilleries that all existed when John Walker made the first steps on his journey, including some very rare expressions from long-closed ‘ghost’ distilleries.” The suggested retail price (SRP) is $350.00.

Whereas, the John Walker & Sons Celebratory Blend, is an exclusive release that is a “rich and complex whisky” and inspired by “the flavors found in the Walker family’s grocery store in the 1860s and uses whiskies from distilleries which were operating at that time. The exclusive pack design reveals the only existing image of the Kilmarnock grocery store 200 years ago.” The SRP is $75.00.

Lastly, the John Walker & Sons Bicentenary Blend is “a sensorial journey down the fragrant aisles of John Walker’s original grocery store in Scotland. Master Blender Jim Beveridge and his team have drawn inspiration from John’s store and meticulously crafted a whisky with rich layers that re-imagines the exotic flavors that shaped his imagination. It is crafted with rare and exceptional whiskies, all aged for at least 28 years, including whiskies from long-closed “ghost” distilleries such as Pittyvaich, Cambus, and Port Ellen.” The SRP is $1,000.00.

The only Johnnie Walker brand that will not be available in the U.S. this fall is the Johnnie Walker Blue Label 200th Anniversary Limited Edition Design which, according to Johnnie Walker’s website, features “bespoke illustrations that bring to life the bold journey and pay homage to some of the great cities and countries that have been part of the Johnnie Walker story.”

Keep a lookout for these incredible new additions to Johnnie Walker’s collection which will be released during the latter half of Fall 2020!