For 15 years, Jorge Ochoa worked as an entertainment producer and performer of events throughout the American Union. Then, the unthinkable happened: a global pandemic arrived and caused an economic disaster that impacted businesses and families across the globe. Covid-19 forced most industries to stop working. As a worldwide issue, the virus also influenced all foreign activities and mass events on the national level. Ochoa and his wife Erika Cardenas are Mexican. Cardenas is from Michoacán. Ochoa is from the city. Because he had to rebuild his life in a country unique to his own, Ochoa sought to reinvent his life with his wife by his side. Together they spent five long months figuring out how to organize their spending money, maximize their efforts, and protect their savings during a time of financial uncertainty.

Luckily, Ochoa and Cardenas considered a product that they could move with or without the pandemic. They also wanted a product that they could sell anywhere. The couple discussed a new business that would represent them and carry a message that came from them. This discussion led to them coming up with the name Ice Pops 24k 100% Natural. They both collaborated on the classic palettes with an original recipe made with organic fruit. Their two children, an 8-year-old and a 15-year-old were their tasters. With the help of their children who tasted all their recipes and gave their opinion during each step, Ochoa and Cardenas created more than 21 flavors to start distributing their delicious product.

Ochoa and Cardenas went to the market this past August with a vision of delighting thousands of people with their unique and different flavors. They hoped that their product would lead them to open their first shop to sell their popsicles to the public. As of this October, they will open their doors soon and reach the palate of potential customers during this highly anticipated Launching Process. 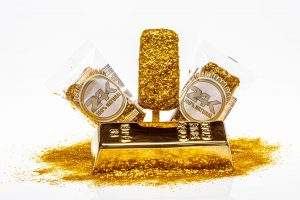 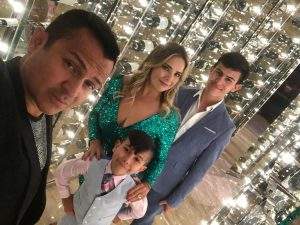 Unfiltered Hospitality – Educating one bar at a...

Jon Mendez – Luxury Over Everything

Richie and Annelu – Creators of...