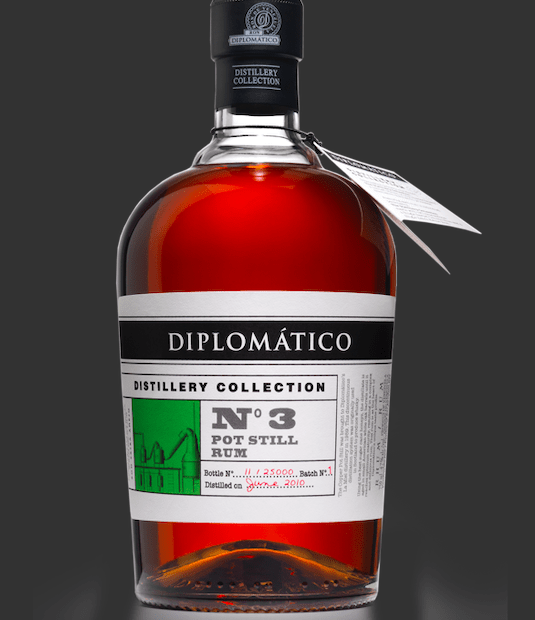 Award-winning  Diplomatico Rum has just completed the tripartite Distillery Collection with the release of its hotly-anticipated “Pot Still Rum.”  Initiated by “Single Barbet Column rum” and succeeded by “Single Batch Kettle Rum,” the series was presented in 2017 as a window into the rarified rum-making processes of a brand favored by master blenders for use in their signature creations.  This series focuses on single distillates that comprise the character of traditional Diplomatico, so that each bottle conveys a unique personality.

Pot Still gets its name from the Copper Pot Still originally brought to the revered Venezuelan rum house’s La Miel distillery in 1959.  Based on a Scottish whiskey process of “discontinuous distillation,” the label uses the very highest quality sugar cane honey and then achieves its optimum maturity in small American white oak barrels.  Though each bottle honors a single distillate, the result is a complex yet balanced rum that incorporates red and tropical fruits with subtle but captivating undertones of toffee and vanilla.  In the true Diplomatico spirit, this rum provides an elegant and protracted finish.

We at 2 oz. recommend enjoying it neat.  It’s also the perfect ending to a holiday meal or an appealing cap to after-dinner coffee or chocolate-infused desserts.