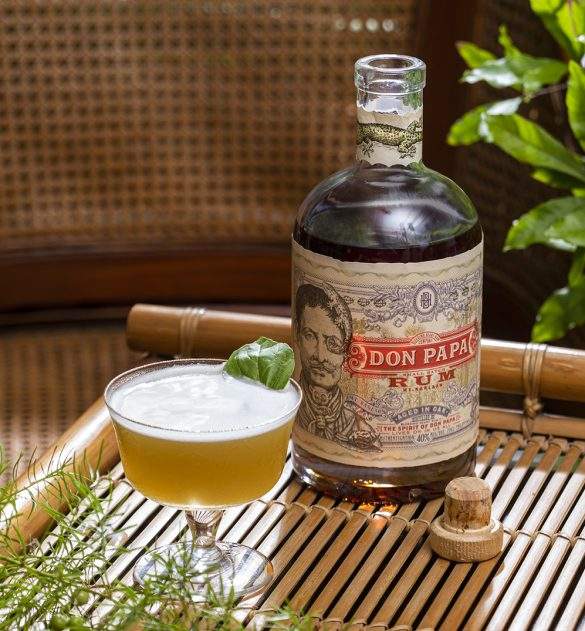 Carrying the long-standing traditions of Filipino rum production, Don Papa® is a first-rate, expressive liquid that has amassed a cult-like following with rum connoisseurs, experimental millennials beginning to explore quality spirits, and industry insiders alike. Hailing from the regal island of Negros, Philippines, locally referred to as “Sugarlandia,” its enchanting aromas take hold of the senses from the moment the cork is pulled. The brand currently offers two exemplary iterations in the United States, Don Papa® 7 Year and Don Papa® 10 Year, boasting an outstanding display of notes including vanilla, citrus, caramel, and candied fruit. Its secret sauce: the Noble Cane grew locally in Negros, which accounts for its signature sweet style and widespread popularity…

“Bleeding Heart Rum Company is delighted to bring Don Papa® to more consumers across the United States. Despite last year’s economy, we’ve seen an increase in demand — 19% YOY globally, having sold 195k 9litre cases in 2020, which is a testament to Don Papa’s® ability to transcend the rum category,” says Founder Stephen Carroll. He continues, “Through our U.S. importer Zamora Company USA and their strong national network with Southern Glazer’s Wine & Spirits, Republic National Distributing Company, and Horizon Beverage, we have been able to bring this expansion to fruition. We’re excited to see what 2021 brings next.”

Zamora CEO Bill Corbett echoed this sentiment, stating “Don Papa® is recognized as one of the most versatile and dynamic super-premium rum brands on the market. This has been personified through their dedicated customers and outstanding growth, displaying breakout sales in Texas and California. The brand has already accomplished so much; this expansion is a thrilling next move and we at Zamoraare honored to facilitate them in this endeavor.”

Don Papa®Rum will be available in Maryland, Connecticut, Florida, and D.C. this February at select retailers, followed by Illinois in March and Georgia in April.

To learn more about “The Don,” as well as other expressions in the portfolio, follow @DonPapaRum or visit www.DonPapaRum.com. Hashtag #DonPapaRum to join the conversation.