Beautiful, Bold, and Written in Gold: 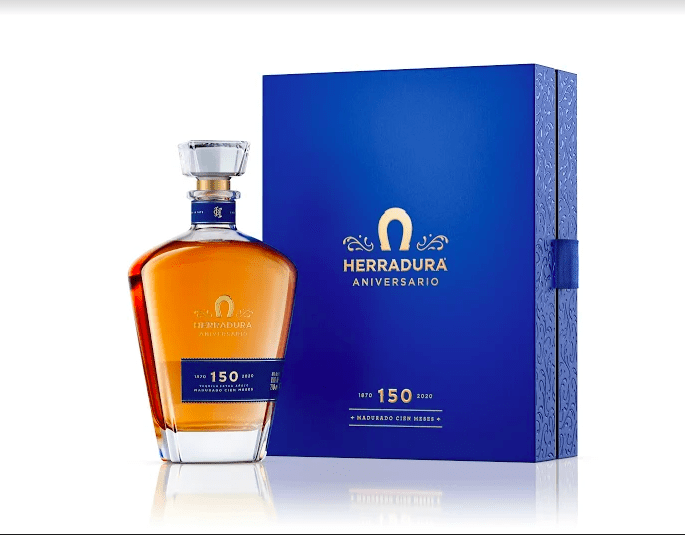 The recipe and production of the handcrafted tequila have never been compromised. The Herradura Tequila has been done the same way for 150 years because Herradura respects and honors what their elders did back in 1870. The brand has evolved by improving the package and by paying close attention to the tequila’s aging process.  In a conversation with 2ozMag, Global Ambassador Ruben Aceves said, “It’s not about trying to create new things every other week or every other month. You have to respect the tequila as it is.”

Consumers love Tequila Herradura because the brand has never changed. “People don’t like falling in love with something and the next time you try it, it isn’t the same,” said Aceves. Consumers value a brand that they can trust and a brand that remains true to its origins. Herradura’s 100% natural Tequila persists because its creators create amazing products and continue to respect the brand’s humble beginnings. The relationship between tequila Herradura and its consumers is one founded on trust and respect as well as a mutual admiration of tequila.

Throughout its history, the award-winning and environmentally conscious Tequila Herradura has been a step ahead of the industry. Herradura’s innovation cements its legacy and success as a brand. It was Casa Herradura that created the first Reposado, the first Extra-Añejo and the first ready to drink tequila in a can.

According to Aceves, “Tequila Herradura changed the entire perception of Añejo tequila back in 1995 when we launched the first Extra-Añejo aged in forty-nine months. No one had ever done that before. We created a new expression of tequila because we had only Blanco, Reposado, Añejo and that was it. There was nothing else. Just like Cognac which has VSOP and XO meaning ‘extra old,’ we decided tequila should have something like that. We created the first Extra-Añejo and it’s an amazing sipping tequila.”

It is no surprise that Herradura applied the same innovation, appreciation, and dedication to celebrating Herradura’s 150th anniversary. “We decided to experiment and come up with something very unique,” said Aceves about the development of the new tequila. The 100-month endeavor took a lot of time and required many tastings throughout the process. It was important to find out the tequila’s evolution in the barrel to ensure the product’s top-notch quality and superior flavor. There was also a risk factor to consider. “Going longer doesn’t always make a better tequila,” admitted Aceves, “so we had to be very careful.” After 100 months, Herradura ended up with an amazing tequila that was aged in white American oak barrels toasted and charred.  The quality of the tequila proved Aceves’ observation that “time does beautiful things.”

In addition to its phenomenal taste, Tequila Herradura’s bottle reflects the quality of the liquor inside of it. It is a beautiful bottle that comes in elegant blue packaging. The color blue represents the blue Weber agave that is used to make tequila. Aceves noted that the blue combined well with the golden lettering on the bottle. Speaking of both the bottle’s presentation and the anniversary it honored, Aceves insisted, “It’s a golden date. It’s a golden celebration.”

Although the bottle is a sight to behold, Aceves assures that Herradura is “not in the business of selling beautiful bottles.” For other brands, beautiful bottles take precedent over what is within the container. This has never been the case for Tequila Herradura. Casa Herradura primarily concerns itself with the container’s contents. It just so happens that Tequila Herradura Aniversario has a bottle that also communicates its sophistication. Aceves added, “We are not trying to engage people with tequila only because of the bottle. But in this case, if we have to design a beautiful bottle. Our bottles are always outstanding. They stand out on the shelves, and this one will do the same. Look at the color of the tequila. It is very dark, but it is a natural dark. There is no caramel color added. It is just what the barrel produces for the tequila over the months.”

The Tequila Herradura Aniversario is set for a limited release. Only about 2,000 cases will hit shelves so consumers should be on the lookout at their local liquor stores in Mexico and the United States (cases will be allocated to nine key states-Florida included!). Keep in mind that the Tequila Herradura Aniversario is an after-dinner delight. “You can enjoy it with a cigar if you want to,” suggested Aceves, “and maybe a very exquisite dessert.” However, the drink is best served neat and consumed without a food pairing. “We nailed it, because it is an outstanding tequila,” said Aceves with a smile. “You can fall in love with it.” 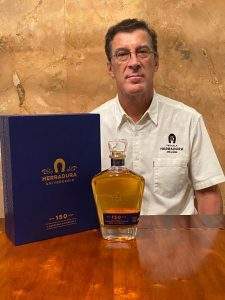 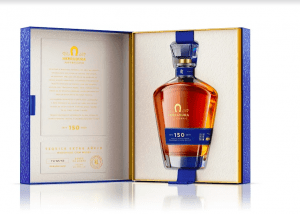